In the previous post I’ve described how to use a Spatial Query to limit the amount of GIS-data on your work-session.
But here is an other option: Scale Ranges.

An AutoCAD Map or Civil user can have as many Scale Ranges as necessary. This gives the possibility to setup which details are visible at what scale level.
When the map is opened, for example only road-centerlines are visible, zooming into a certain scale the houses-layer turns on and the centerlines-layer is replaced by a layer with the roadsides etc.

A combination of Spatial Query and Scale Ranges makes is possible to work with large amounts of GIS-data in a CAD-environment. 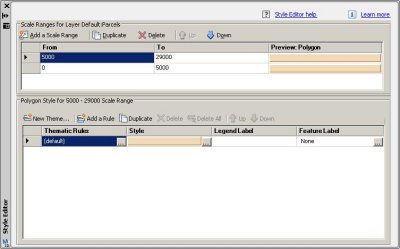 The Scale Range functionality is available in the Style Editor user interface.